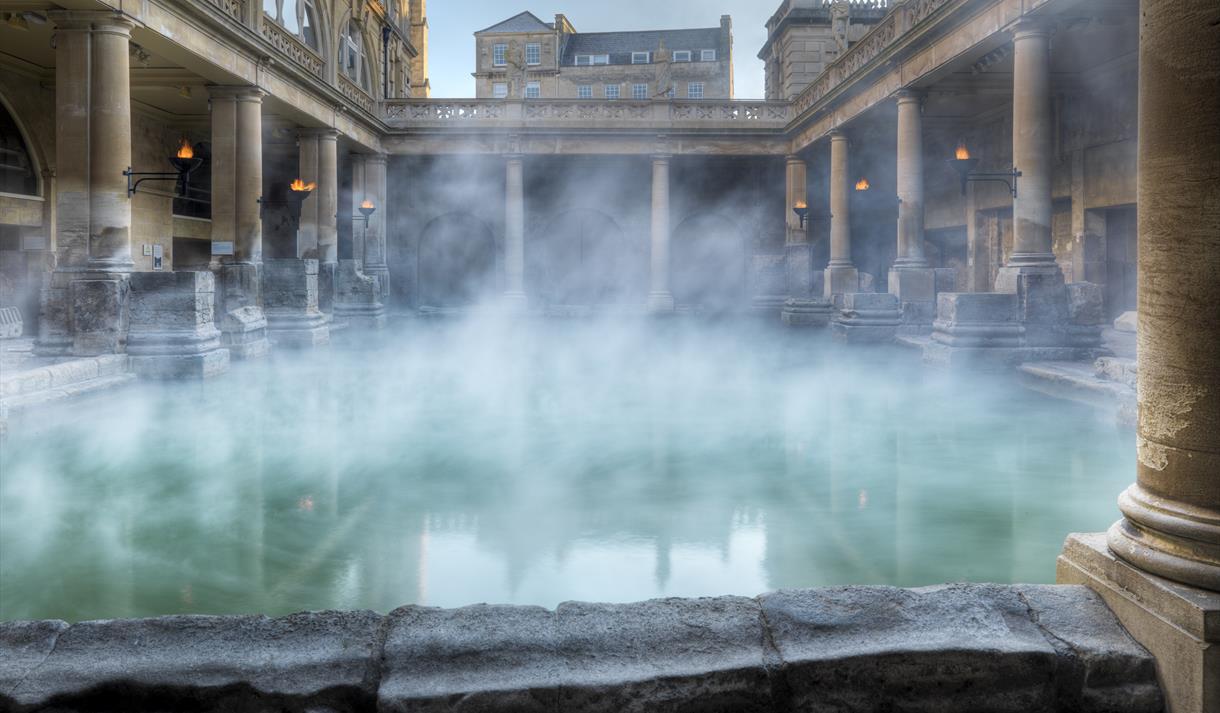 Bath was founded upon natural hot springs with the steaming water playing a key role throughout its history. Lying in the heart of the city the Roman Baths were constructed around 70 AD as a grand bathing and socialising complex. It is now one of the best preserved Roman remains in the world.

1,170,000 litres of steaming spring water reaching 46 °C still fill the bathing site every single day. The Romans believed that this was the mystical work of the Gods but we now know that the water source, which comes from the King’s Spring, fell as rain water around 10,000 BC.

Visit The Great Bath, the magnificent epicentre to the complex and walk on the ancient pavements as the Romans did 2,000 years ago. The Great Bath that lies below street level can also be viewed from the Terrace, which is adorned with statues and shadowed by the great Abbey. Other chambers to explore include the remains of the ancient heated rooms and changing rooms as well as tepid and plunge pools.

Be sure to pick up an audio guide and listen to fascinating commentary as you slowly make your way around the site. These are available in 12 different languages, with special guides for children. A special English speaking audio guide narrated by Bill Bryson is also available and offers witty thoughts and observations on all things Roman.

Not only can you walk among the extensive ruins but you can also explore many treasures in the interactive museum with visual snippets that transport you back to Roman times and the lives of the Aquae Sulis people.

Leave the M4 at Junction 18 and take the A46 towards Bath. For a day visit to Bath, we recommend Lansdown Park and Ride, clearly signposted from the A46/A420 junction at Cold Ashton. Or follow the brown traffic signs saying 'Roman Baths' along the A46 and A4 to Bath and then the Roman helmet symbol to Charlotte Street car park.