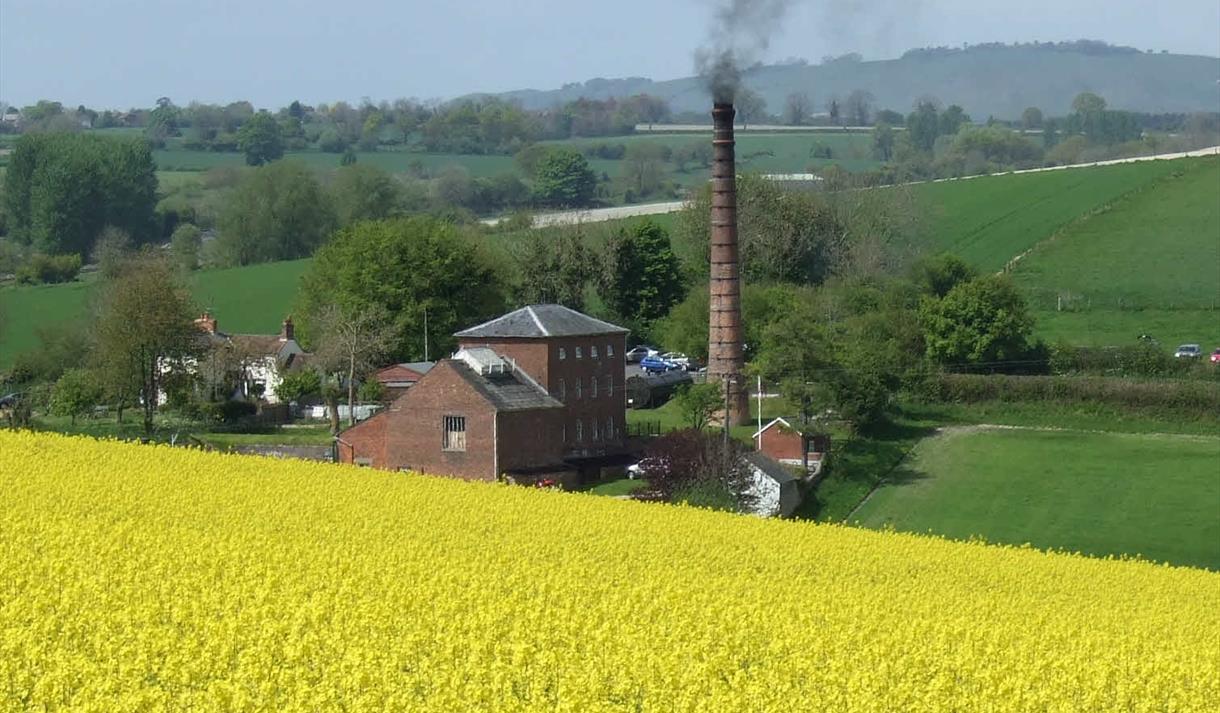 *Temporarily closed until at least the end of April 2020*

Crofton Pumping Station was built in 1807-9 to supply water to the highest point of the Kennet & Avon canal which links London and Bristol. It is a rare survivor of the technology which enabled British engineers to drain mines and supply towns and cities with water throughout the world, and has recently undergone Heritage Lottery Fund supported conservation and visitor facility improvement work. Rebuilt and modernised several times during its long working life, one of the two original engines survives and ran until 1958 despite the canal becoming derelict after WWII, as water was still needed for farm and railway locomotive supply. The survival and subsequent restoration of the canal is one of the triumphs of the Volunteer Preservation movement, spearheaded by the Kennet & Avon Canal Trust. The Trust bought the redundant pumping station for preservation in 1968, at a time when England's Industrial Heritage was fast disappearing, and by 1971 both engines had been restored to full working order. Since then they have been regularly demonstrated to the public at certain weekends during the summer months by enthusiastic volunteers and can also be visited in static mode six days per week in the summer season.

Crofton Beam Engines are situated about 5 km (3 miles) south of the A4 between Hungerford and Marlborough. Follow the brown “Beam Engines” signs from that stretch of the A4, the A338 at East Grafton or the A346 at Burbage. For Satnav users, the post code is SN8 3DW.

The nearest rail station is Bedwyn on the Paddington to Exeter line. Walk to the canal, which is adjacent to the station, and take the towpath in a westerly direction for about 3 km (2 miles) and you will see the pumping station on your right by lock 60. Cross the canal here and take the tunnel under the railway and the stairs up to the engine house.

* Temporarily closed until at least the end of April 2020