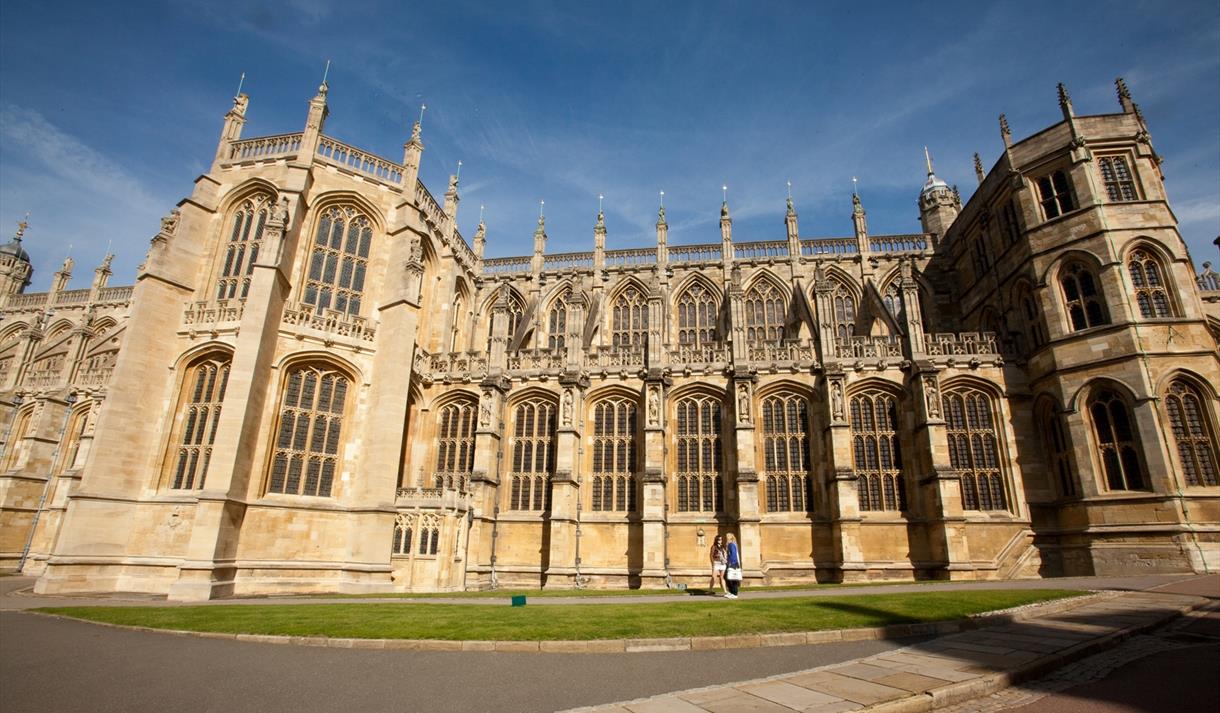 Windsor Castle is the oldest and largest inhabited castle in the world. It has been the family home of British kings and queens for almost 1,000 years and is today one of the official residences of Her Majesty The Queen. In 2018, the Castle provided a spectacular backdrop to two royal weddings, which took place in St George’s Chapel.

Occupying over 10.5 hectares, the Castle offers a varied day out for visitors, including a visit to the magnificent State Apartments and an opportunity to see St George's Chapel, one of the most beautiful ecclesiastical buildings in England. The Castle's State Apartments are furnished with some of the greatest works from the Royal Collection, reflecting the changing tastes of the Castle's royal occupants, particularly those of Charles II and George IV. Among the masterpieces on display are paintings by Holbein, Rubens and Van Dyck, Sèvres porcelain and exquisite English and French furniture. Many of the works of art are still in the historic settings for which they were first collected or commissioned by the kings and queens who have lived at Windsor.

Visitors can take a self-guided tour of the Castle with a free multimedia tour. From September to March, visitors can also walk through the sumptuous Semi-State Apartments, which served as the private rooms of George IV in the 19th century.

* Please visit the website for opening times. The Admission Centre is busiest from opening and throughout the morning. For the best experience please book your tickets in advance and arrive after midday.

Entrance to the State Apartments closes 30 minutes after the last admission time.

As Windsor Castle is a working royal palace, sometimes the entire Castle or the State Apartments within the Castle need to be closed at short notice. Visit www.rct.uk for details of opening times.